Welcome to the New NEW YogurtMedia!

I’ve completely rebuilt the YogurtMedia website from the ground up, incorporating many neat things that will make the website feel more modern and interactive. One of the biggest upgrades to the site is the fact that it is more responsive and mobile-friendly, whereas my previous website was rather awkward to look at over a mobile phone. With fluid content grids and proportional content scaling, viewing comics and illustrations on smaller devices will be more comfortable. 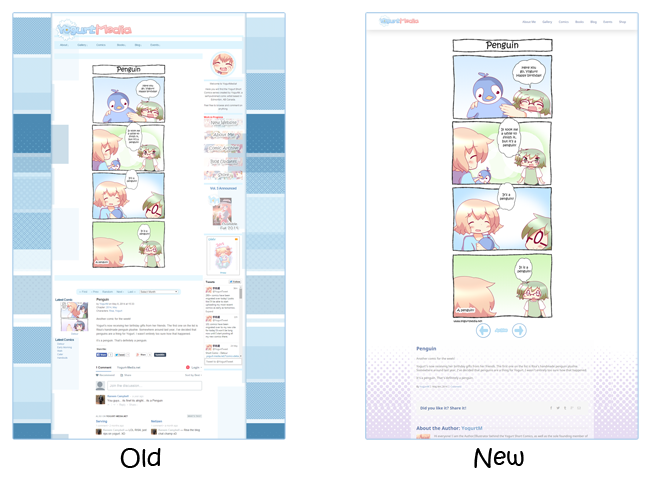 That’s not to say that the desktop experience is gimped. I find it to be the opposite. If you happen to be viewing the website over a desktop browser, you’ll find that everything is big, interactive, and “retina”-ready. To put it simply, a lot of site elements are now rendered in higher resolutions, even the comics. Anyone with a 2K or 4K monitor will be able to view a scaled version of the site that doesn’t look like heavily pixelated crud. On the interactive side, you’ll find nifty animated sliders which will one day be used to create short Yogurt motion comics.

A Blast From The Past 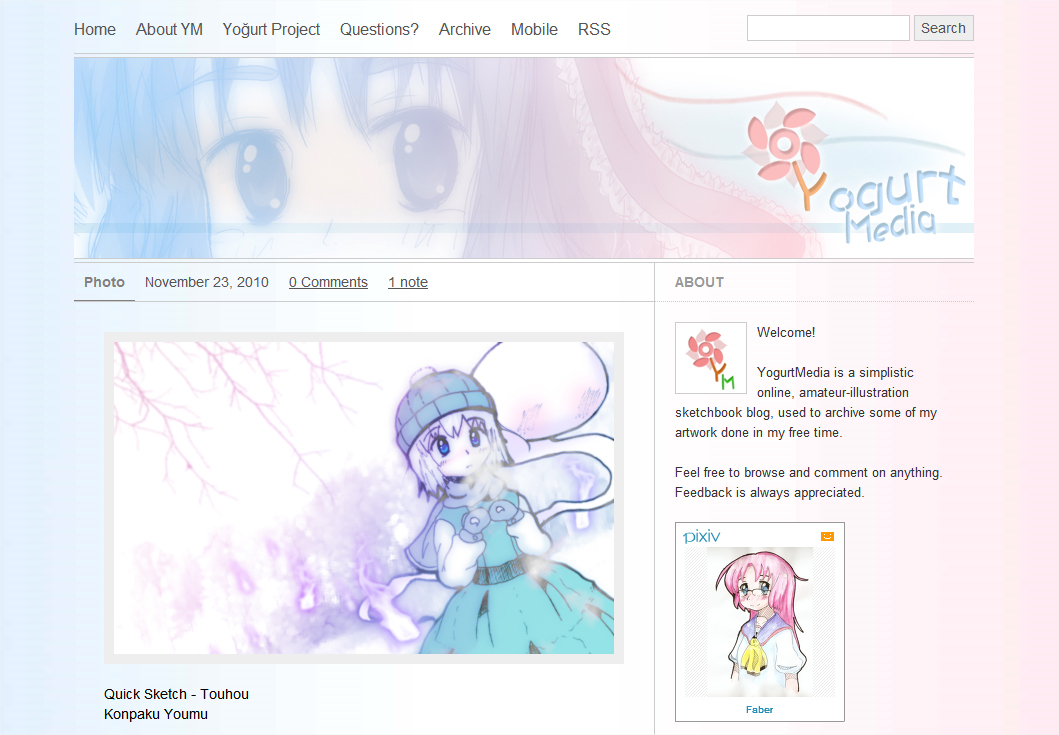 Ah, how the times have passed. Here’s a nostalgic screenshot from 2010, back when YogurtMedia was still hosted on Tumblr.

That was when things were simpler. I didn’t have to learn much about making websites in order to get content out there. To this day, though, my Tumblr page is still active, and it still has everything in its archive. My very first pilot comics can still be read there. Back then, I wouldn’t have known that those simple comics would end up to become the Yogurt Short Comics series.