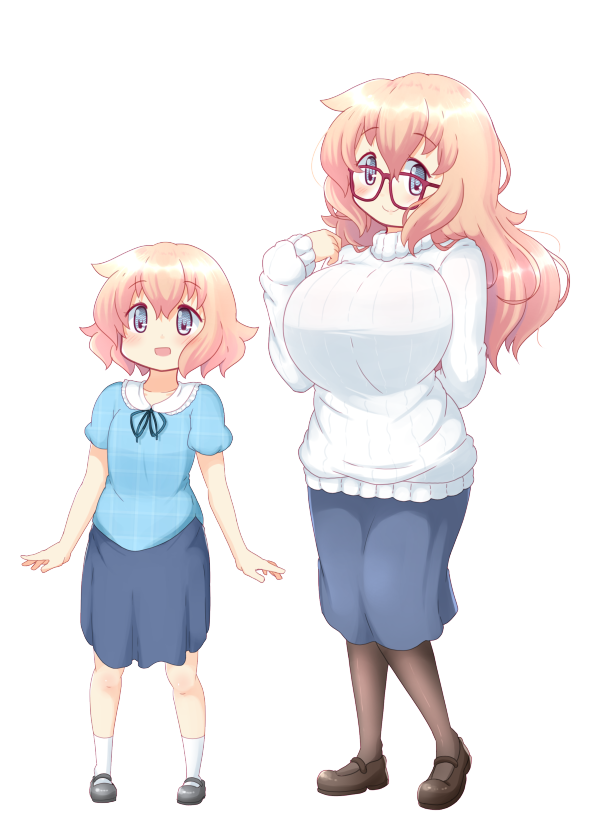 Yogurt is our main female lead and protagonist. Her nickname was given to her by Berry when they were younger.

She is a bit on the quiet side, but she is well-mannered, friendly, and sincere. She is creative and she has an active imagination. She can be a bit ditzy and playful in speech towards her others, and she would sometimes come off a little bit more assertive and clingy towards her closest friends. Some of her favourite hobbies include sketching and brainstorming together with her friends. And if her namesake isn’t revealing enough, she also enjoys eating, especially various kinds of yogurt and yogurt treats.

Yogurt’s family consists of herself and her father. Her father works as a chef in his own small family restaurant. In his free time, he is a freelance photographer. Yogurt and her dad share a close father-daughter relationship.

In elementary school, she spent much of her time drawing or day-dreaming, every so often together with Berry. She also volunteered in her school library in some of her spare time. However, that all changes in middle school when Berry introduces Terry and Risa to her. Over time, she grows attached to everyone and the four of them begin to share a deepening friendship, one that she carries forward to high school and beyond.

In the Adulthood Arc, Yogurt has grown as a character after having spent so many years overcoming the grief associated with the loss of her mother. By August 2018, Yogurt reaffirms her feelings for Gabriel (Berry), who has been an essential backbone of Yogurt’s emotional support base through the entirety of the Childhood Arc, and the two have promised to engage in marriage in the future.

Yogurt now attends university with newfound enlightenment and direction in life to become a teacher and help kids grow. 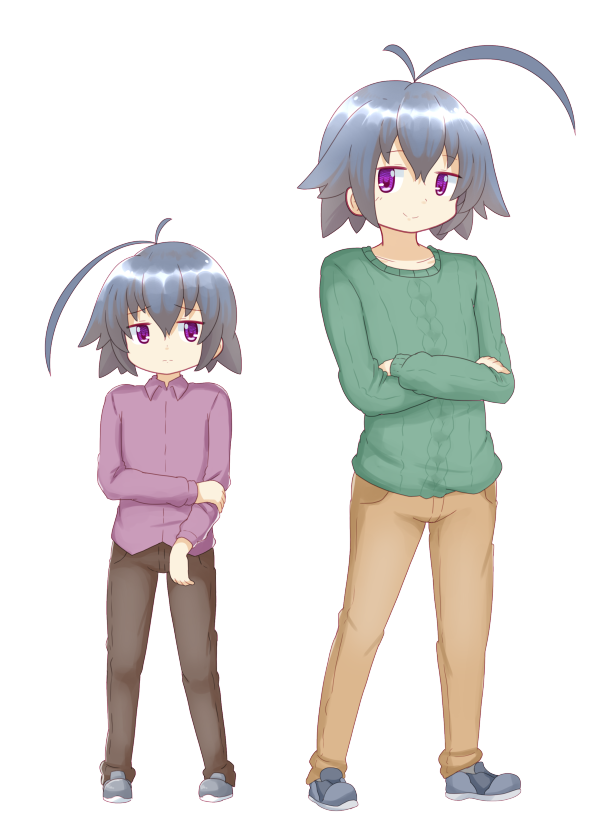 Gabe, or “Berry” is Yogurt’s early-childhood friend. Having lived very close to each other, as well as their parents being close friends, the two of them know each other well enough to be like brother and sister. “Berry” is the nickname that Yogurt gave to him when they were younger.

Berry is seemingly cool and apathetic, but much of that is a facade. In reality, Berry is soft-hearted, gentle and straightforward. He is very timid and shy in most social settings and can be hard to approach as a result. It also doesn’t help that he can be easily frightened. Berry is also the narcoleptic of the group, easily getting tired and sleepy.

Academically, he is very intelligent. Coupled together with his highly perceptive and down-to-earth personality, he serves as an effective mediator for the group.

His hobbies lie in writing. He is often seen reading books or writing them. He likes to write fictional short stories and poems.

In the Adulthood Arc, Yogurt proposed marriage to Berry, and the two of them have currently promised to engage in marriage in the future. Berry attends the very same university as Yogurt. However, unlike Yogurt, Berry has yet to find a direction that he would like to take in adult years. He turns to Yogurt for emotional support during these trying times. 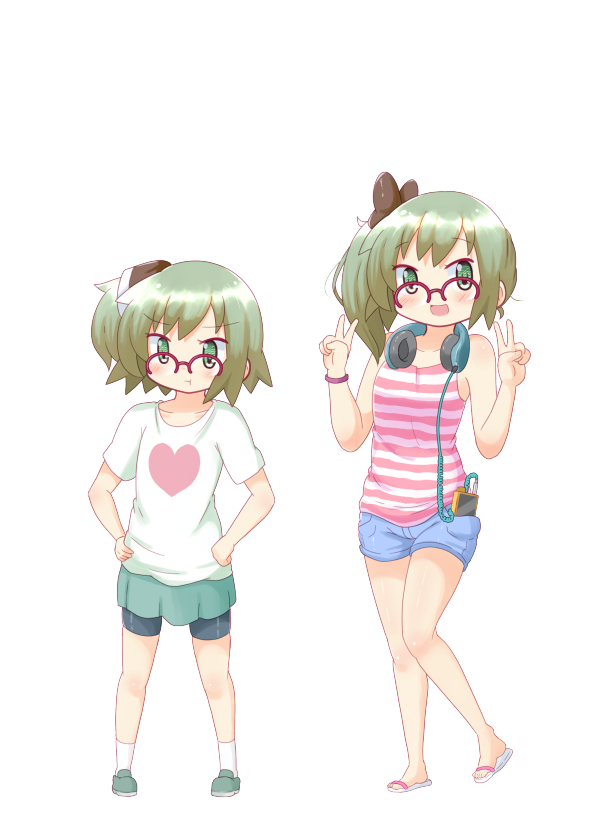 Risa is your tech-savvy, smart girl. She has a spunky attitude and easily gets along with others. Her spunky attitude contributes to her tomboyish-like personality, often leaving a bold impression on others. Yogurt, in particular, looks up to how bold Risa can be.

However, she does have a slight temper over people that make fun of her height, especially towards Terry, who happens to be the tallest in the group. Thus, she can be fairly sharp-tongued.

On the other hand, she can easily regret throwing fits, often feeling remorse over things she says. At times when she’s feeling down, she always turns to Berry or Yogurt for comfort and advice. On a side note, she has quite the sweet tooth, often eating forms of candy and chocolate for comfort.

Her interests lie in technology, both hardware and software-side. She can easily spend the whole day on the internet, contributing to BBSes, forums, chatrooms, and imageboards. When she feels productive, she looks towards contributing to the development of open software, designing websites, or playing around with various electronics and circuitry. Despite her tomboyish interests, Risa is also skilled in crocheting and embroidery, often making hand-made gifts for her friends.

In the Adulthood Arc, Risa attends RCIT, which is a tech institute specializing in practical trades. Over there, Risa decides to take a variety of computer hardware and software courses in hopes to become a successful figure in the industry working in robotics, computer engineering and technologies. She continues to meet up with her friends and to catch up often but is also attempting to make new friends on campus, such as another computer genius girl, Ada.

By this age, Risa has long accepted that her height will forever be the same. While she doesn’t get feisty at others over the subject anymore, she still can feel a little bad about her small figure. 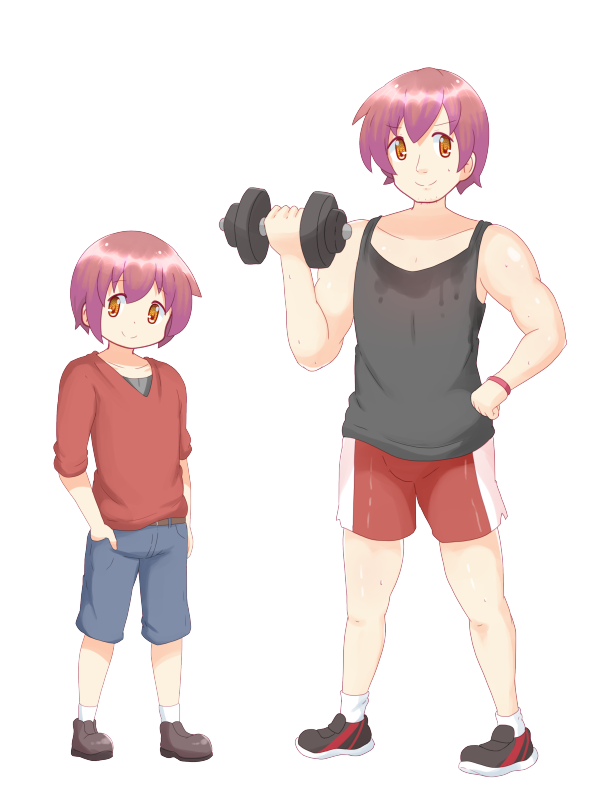 Terrance is a fairly laid back, but very lively fellow. He is incredibly optimistic and has very positive outlooks on life. He is the oldest and tallest in the group of friends.

He comes from a relatively poor family, so he learns to enjoy his time with whatever he has. Thus, he cares deeply for his close friends. Although he exhibits many “popular-guy” traits, he tends to keep a low profile by spending much of his time with his friends. However, because he participated in his middle school basketball team, he maintained a level of popularity among his teammates and female fans.

Over the course of the series, Terry becomes progressively interested in culinary arts. By the time of his last year in middle school, he had decided to leave behind his basketball team to pursue a club that more closely suits his interest in cooking. He will likely join the cooking club at his future high school.

In his family, he plays the role of the kind and responsible older brother. Chloe, his little sister, is still a young child and often gets lost. She is very playful and often treats everyone like a close family member.

In the Adulthood Arc, Terry has been hired to work as an assistant in Yogurt’s Dad’s restaurant. Terry continues to work hard in an attempt to save up enough to attend classes in culinary arts and to one day become an owner of his own restaurant. He continues to meet up with his friends as time goes on, even regularly meeting up with Risa who drops by the restaurant on the occasion. 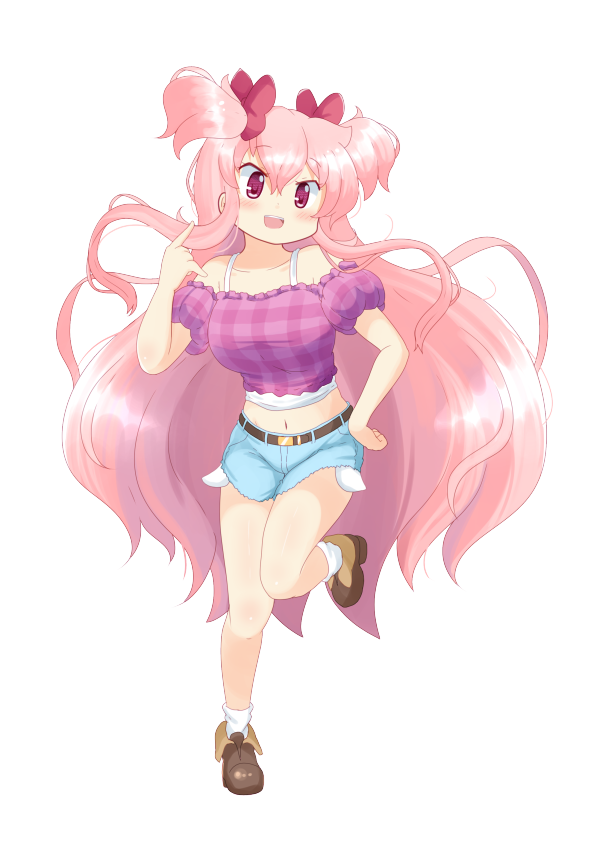 Olivia, or “Livvy”, is a high school freshman just like Yogurt. She originally came across Yogurt in hopes of looking for her classroom and locker on her first day, but to her surprise, she shares the same class as Yogurt! Even their lockers were right beside each other!

Livvy is a very bright, highly optimistic, and fashionable girl. She is also very carefree and happy-go-lucky, even more so than either Yogurt or Terry. Livvy isn’t shy to take the stage in front of a large crowd. In fact, it is almost expected. Although, there are many times you could consider her to be pretty immature, often being selfish and blissfully ignorant of what others around her think. She is also huge RomCom fan, so it shouldn’t be surprising to see her ship everybody with somebody.

She has a huge interest in Gabriel (Berry) after figuring out that he too has an avid interest in writing and reading. Olivia loves fan fiction and writing. She spends countless hours reading all sorts of romantic fantasies online. Besides fanfics, Livvy is also a fan of comics of all sorts and is both a writer and an artist. During the summer months, she even takes off to attend comic conventions.

In the Adulthood Arc, Olivia continues to do her writing and drawing for conventions and regularly attends the artist alleys to showcase her works. She does a lot of cosplay from time to time, sometimes even lending her expertise in costume making for Yogurt and Risa. In addition, Olivia also works as a caretaker in a recreational centre’s childcare program. She often gives Yogurt the opportunity to volunteer there and to help Yogurt gain valuable childcare experience. 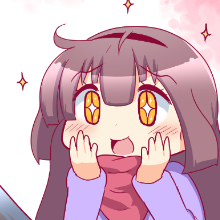 Anne
Yogurt’s former classmate who deeply admires her middle school teacher. She shows up again in the university chapters! 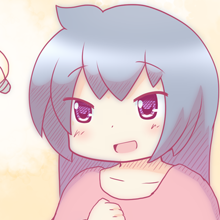 Berry’s Mom
A young and playful mother who looks after her son, Gabe. 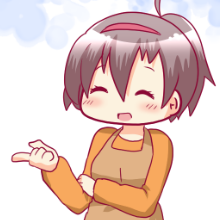 Caretaker
Olivia’s supervisor from her daycare job. Appears in the Adulthood Arc. 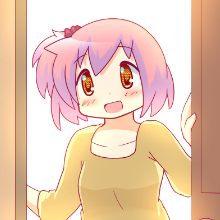 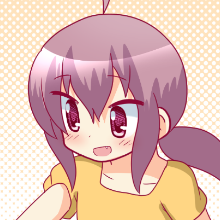 Elise
Chloe’s friend from school. She is Madeline’s little sister. 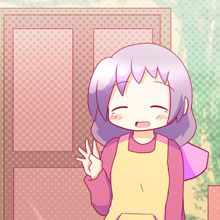 Landlady
Owner of a small chalet in the mountains. Madeline
A member of the culinary arts club at school. She has a crush on Terry. Mama
Yogurt’s late mother. She always tried her hardest despite being ditzy. Yogurt clearly takes after her. Papa
Yogurt’s father. He likes to joke, but can be super serious. He is the owner of a small family restaurant. Rich
Risa’s older brother. He used to work overseas. He now works in the same high school as Risa. Risa’s Mom
She can be strict sometimes, but she keeps a smile most of the time. Shu
Risa’s elder cousin from Japan. He wishes to travel the world and learn new things. 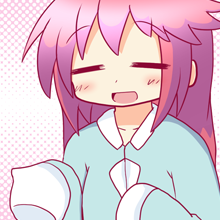 Olivia’s Parents
Olivia’s elusive parents. They’re often away and they never really get the chance to be with Olivia. Ada
Risa’s classmate from RCIT. A genius programmer and hardcore gamer. Ada appears cute and sweet but is very rude and irritable. 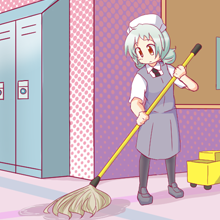 Koko, a peculiar and curious young elementary school girl with a very special and magical ability to draw things to life as she sees fits. When growing up in her younger years, she and her family quickly discovered her abilities. Over years of harsh discipline, Koko has grown to be more in control of her abilities, despite not knowing what she is truly capable of.

Patty, Koko’s tuxedo cat, is one of Koko’s very first friends. He is an incredibly loyal companion, but also very skeptical and insightful. There’s more to him than meets the eye. Hazel, Koko’s very first school friend. Hazel is incredibly ditzy and clumsy, but she has a heart that’s full of love and loyalty. Being quite the airhead, she often heads into danger without noticing, making her very prone to getting hurt or in trouble. However, she has a very strong sense of safety for her friend, Koko, and is always willing to stand up against bullies and adversaries many times her size and strength. There’s more to Hazel than meets the eye.