This is truly a big milestone for me to reach! 1000 comics is by all means not an easy feat. It takes a lot of dedication and commitment on my part to have reached this point. Although the comic itself isn’t particularly special, in fact, it’s quite the normal comic, the sentiments for being the 1000th comic does carry a lot of emotional weight. I had every intent at the start of this series to make this long-running. My first biggest milestone was 100 comics. An order of magnitude later, here I am! This is truly a meaningful, very personal goal to have attained! 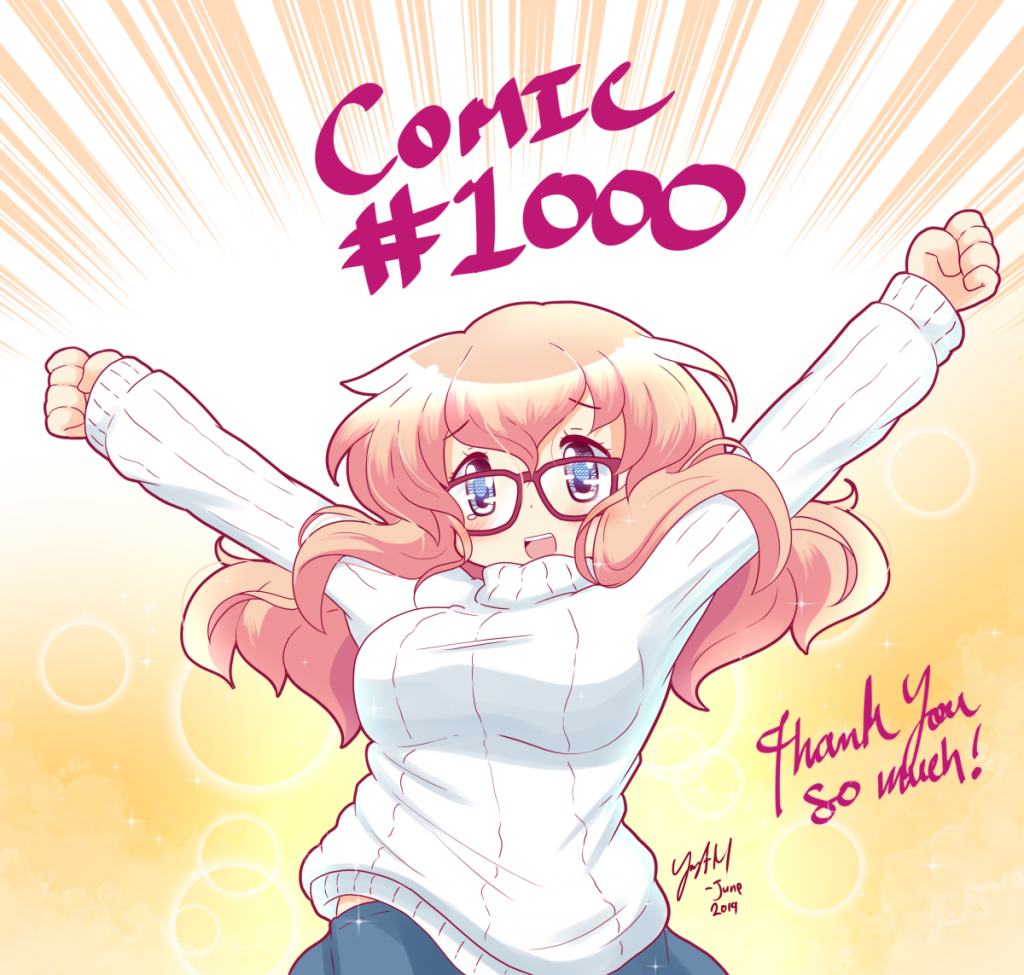 Anyways, continuing on with the chapter of comics this month… In this comic, Yogurt and Olivia came back from the food truck earlier with some ice cream. Risa’s attention is almost immediately drawn towards the cold delicacies that they are carrying. In her impulse, she calls on Terry to take her to the food truck to get some ice cream!